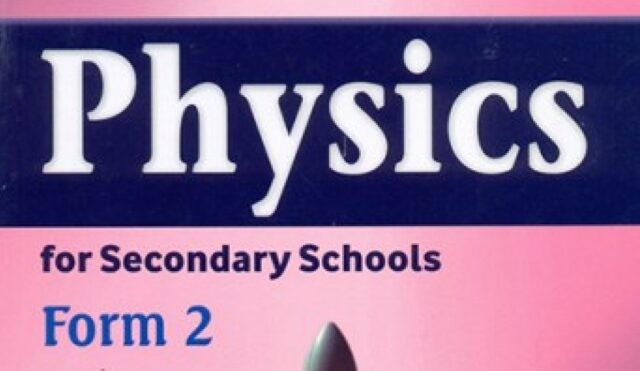 Water Energy
The Generation of Electricity from Water
Explain the generation of electricity from water
Energy sources are areas of origin of a particular kind of energy. There are two types of sources of energy namely:
Renewable sources:These are the energy sources, which can be turned into use again after being used. Example sun, water, wind and fossils.
Non- renewable sources:These are the energy sources, which cannot be turned into use again. Examples: oil, natural gas and charcoal.
Sustainable sources of energy:This
refers to natural resources that are used in the production of
electricity without destroying the environment. These include:
Water energy refers to the energy obtained from running water by use of turbines and generators. This energy is called hydroelectric power.
Hydroelectric Power (H.E.P):This
is electricity produced by running water.Hydroelectric power stations
provide about 20% of the world’s electricity. In Tanzania, hydroelectric
power stations/plants are found at Mtera, Kidatu and Nyumba ya Mungu.
Production of hydroelectric power
First,
a dam is built to trap running water. This is usually in a valley where
there is an existing lake. Water is allowed to flow through tunnels in
the dam, where they turn turbines, which in turn drive generator.
The
generator then produces electricity from water energy. Force of moving
water thus turns the generators. Hydroelectric Power plants have no fuel
costs and gives off no waste.
NOTE:
The Importance of Water Energy
Explain the importance of water energy
Water energy has the following importance.
Application of energy from water
A Model of HydroElectric Power Plant
Construct a model of HydroElectric power plant
A model ofHydroElectric power plant 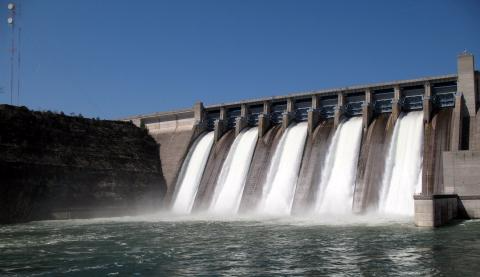 Solar Energy
Solar energyrefers to the energy obtained from the sun by the use of solar cells.
The Sun as a Source of Energy
Explain the sun as a source of energy
We consume energy in dozens of forms.Yet
virtually all of the energy we use originates in the power of the atom.
Nuclear reactions energize stars, including our Sun. The energy we
capture for use on Earth comes largely from the Sun or from nuclear
forces local to our own planet.
Sunlight
is by far the predominant source, and it contains a surprisingly large
amount of energy. On average, even after passing through hundreds of
kilometers of air on a clear day, solar radiation reaches Earth with
more than enough energy in a single square meter to illuminate five
60-watt lightbulbs if all the sunlight could be captured and converted
toelectricity.
The Conversion of Solar Energy to Electric Energy
Explain the conversion of Solar energy to electric Energy
The
energy produced by the sun is more than we need. Solar energy can be
converted to electricity by using solar cells or photo voltaic cells.
The main surface of solar panel is dull black. This enhances the
absorption rate of the radiant energy from the sun.
Applications of solar energy
Solar energy has been harnessed by mankind and put to several uses. Below are some of the applications of solar energy:
Though solar cells are expensive, they are very useful in remote and sunny areas.
A Model of Solar Panel
Construct a model of solar panel
A model solar panel

Wind Energy
Wind as a Source of Energy
Explain wind as a source of energy
Wind
energy refers to the energy obtained from wind.It can be converted into
electricity.Babylonians and Chinese used wind energy as a source of
energy to pump water for irrigation 4000 years ago.
Wind energy can be converted into electricity by building a tall tower with a large propeller on top called windmill.
When wind blows, it rotates the propeller, which causes the attached generators to produce electricity.
Note: for more electricity to be produced, more properties are needed.
A Model of a Wind Mill
Construct a model of a Wind Mill
Diagram of a wind mill 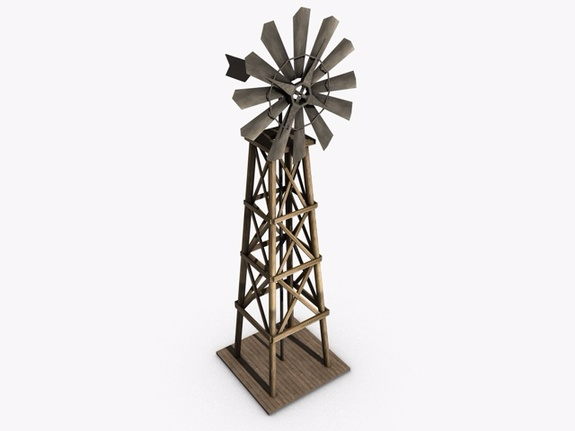 A Wind Mill in Daily Life
Apply Wind Mill in daily life
Application of wind energy
For centuries, people have been using the power of the wind to move ships, boats and pump water.
Today,
enormous wind energy is used to turn generators that facilitate the
production of power. As windmills are efficient, very large turbines are
required to providing the much-needed power.
Disadvantages of wind energy
Sea Wave Energy
Sea Wave as a Source of Energy
Explain sea wave as a source of energy
The concept of sea water:Sea
water around the world is continually moving. The wind causes ocean
waves as it blows across the sea. These waves are powerful sources of
energy. This can be used to drive generators.
The concept of tides:Tides
by definition are the rising and falling of the ocean flow. Tides are
produced by the gravitational pull of the moon and to some extent the
sun. The change of water levels that the tides produce can be used as an
energy source.
The concept of wave energy:There are several methods of getting energy from waves.
The occurrence of waves in a swimming pool:Air is blown in and out of the chamber beside the pool; this makes the water bob up and down, causing waves.
The Conversion of Sea Wave Energy to Electric Energy
Explain the conversion of sea wave energy to electric energy
Electricity
can also be generated from tides. As tide rises, water is allowed to
enter the upper basin in the dam. Once the high tide has passed, the
water on the upper basin is made to flow back to the lower basin through
turbines in the barrage. The turbine turns generators, which convert
seawater into electricity.
Water energy –is the energy obtained from running water by use of turbine and generators
Sea wave energy –Is the energy obtained from the series of swells of sea water.
Geothermal Energy
Geothermal as a Source of Energy
Explain Geothermal as a source of energy
The
word “geothermal” means “Heat”, so geothermal energy is the energy
generated by the flow of heat from the earth’s surface. It is the energy
associated with areas of frequent earthquakes and high volcanic
activity.
Areas
like Kilimanjaro and Oldonyo in Tanzaia; and Rift valley in Kenya are
geologically well structured to produce efficient geothermal system. The
hot spring can cause rocks to be hotter than the earth’s surface.
Thermal energy is obtained from radioactive materials that naturally
occur in the rocks.
The energy produced can be used in:
The Conversion of Geothermal Energy to Electric Energy
Explain the conversion of Geothermal energy to electric energy
Energy
is obtained in the earth’s interior; it is necessary to drill through
rocks. This creates vents where pipes are laid to bring the steam from
the hot zone to the earth’s surface.
Once
the steam has risen to the surface, it is directed into turbines. The
steam drives turbines, which again are used to drive electric generators
that produce electricity.