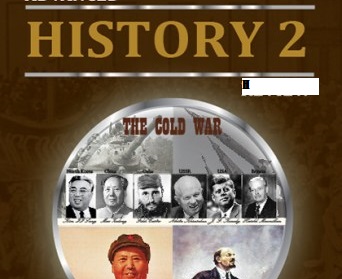 This was the part of mounting (results) of political and ideological tension between the communist with socialist ideology led by the former USSR and the western block with capitalism ideology led by U.S.A.

FACTORS FOR THE RISE OF COLD WAR/CAUSES

MANIFESTATION OF THE COLD WAR

The following are the areas where the cold war was very much existed;

CAUSES/REASONS/FACTORS FOR THE COLLAPSE OF THE COLD WAR

This led to the collapse of the cold war because the capitalists used a lot of mechanism and efforts to make sure that could war should not exist in the world hence the cold war collapsed, capitalists helped to come into power the reformist leaders in Russia like Mikhail Gorbachev with his policy of perestroika and glasnost and there after president Born Yeltsin whose his policies supported capitalism and ceased the cold war.

EFFECTS OF THE COLD WAR

The effects of the cold war were mostly serious in the LDC as elaborated below;

THE END OF COLD WAR

The chief cause of the end of the cold war was the collapse of communism in society union and Eastern Europe. Under the president Mikhail Gorbacher who cause to power in the mind of 1980’s USSR started to restrictive her international and Foreign policies.

This eventually led to the disintegration of USSR and eventually the end of cold war.

All in all the cause for the end of cold war can be summarized into two factors:-

In December 1989 -1990 Gorbacher and George H.W Bush declared the cold war officially over at a summit meeting in Malta.

CONSEQUENCES OF THE END OF COLD WAR

THE NUCLEAR ARMS RACE AND THE CUBAN MISSILE CRISIS (1962)

Peace is the state of harmony that exist between/among societies, individuals or even worldwide. Or, Peace is the opposite of chaos, disharmony and conflicts.

Is the process of equipping for war/process of preparing for war with initials manufacturing of weapons for use in case of war.

Is the completion among nations in the process of equipping themselves for war.

Is the process of reducing, limiting, controlling or eliminating nations’ army forces and this can be done by international agreements like the strategic arms limitation treaties (SALT).

FACTORS FOR THE ARM RACE

The invasion of nuclear or atomic bombs was said to be a spark off (increase more) of the arm race because after USA tested her nuclear bombs in Mexico in 1945 which was made in 1942, USSR explored hers in 1949 and Britain did the same in 1952.

THE IMPACTS OF ARM RACE TO THE WORLD

ATTEMPTS MADE TOWARDS DISARMAMENT

CONTENTS OF SALT ONE

IMPORTANCE OF SALT ONE

This began in 1974 conducted by President Jimmy Carter of USA and Brezhnev of USSR; however the USA senator refused to ratify because the agreement aimed at putting more efforts on a number of missile launched/ established and bombers possessed by the two powers.

THE WASHINGTON TREATY OF 1972

This aimed at putting limitation of naval armament by determine the ration for allocation of ships among the major naval powers of U.S.A, Britain, Japan, France, Italy and USSR.

THE TEST BAN TREATY BETWEEN U.S.A AND USSR

This was resulted after the Cuban missile crisis whereby U.S.A and USSR had a direct confrontation on the missile put in Cuba by Russia.

The USSR with eastern bloc which climaxed in early 1990s had a lot of impact on arm race as elaborated below;

THE PROBLEM OF CONTROLLING THE ARM RACE

The struggle for disarmament through different methods like treaties, destruction of weapon or consultation, conventions etc. was due to the following;

(ii) Fear of possible nuclear accidents that may happen due to mishandling of weapons as what has been happened in other places of the world e.g. in January 1968 B52 bomber crushed in green land and nuclear weapons in it (B52) fell into sea, the weapons released dangerous radioactive materials in water around green land in 1979, there was nuclear accident in island nearby New – York in 2011 in Japan.

(iii) Fear of ending up with survival in case of the outbreak of the nuclear war, it destroys the whole world.

(iv) Fear to reduce the level of resources that could have been utilized in provision of social and economic welfare of the people in the super powers and in the LDCs.

(vi) Fear of turning the LDCs as a market for the super powers in the term of buying nuclear weapons.

(vii) Fear of the outbreak of interstate war which would result the refugees problem especial in the LDCs.

(viii) Fear of the increase of enmity and conflicts among different nations of the world.

(x) Fear of revenge; if countries may involve in arm race therefore a situation of revenge may occur because of confidence among nations possessing nuclear weapons.

– This involved the efforts of all nations in disarmament program.

– This involves the limited number of countries in disarmament program.

– This refers to reduction of all types of weapons.

– This concentrate on specific category of weapons. A cartoon depicting Kennedy and Khrushchev at loggerheads in 1962

MANIFESTATION OF THE ARM RACE

The Cuban missile crisis was a major direct confrontation between the USA and USSR that occurred on October 1962 over the issues of the soviet which had supplied missile in installation in Cuba. Sometimes this is referred as a Caribbean crisis or October crisis and the Cuban missiles crisis is regarded by many countries of the world as a closest approach to nuclear war.

The Cuban crisis began when the U.S.A discovered that Cuba had secretly installed soviet missiles, which was able to carry nuclear weapons and these nuclear weapons to hit targets across most of the U.S.A. Hence the discovery led to spark off/ increase the enmity between U.S.A and USSR whereby U.S.A imposed a naval blockage of Cuba and demanded that the USSR must remove her missiles.

THE GENESIS/ORIGIN OF THE CUBAN MISSILE CRISIS

REASONS FOR THE USSR LAUNCHING OF NUCLEAR MISSILE IN CUBA

-It was an unsuccessfully action by a CIA trained force of Cuban exiles to invade southern Cuba; it was an attempt to overthrow Fidel Castro in April 1962. But the movement proved failure after being defeated by Cuban trained soldiers.

-This project was also known as special group Augmented

– It was a program of central intelligent Agency (CIA) Convert operations develop during    the early years of president of U.S.A John F. Kennedy. On November 30, 1961, the aggressive convert operation was launched against the communist government of Fidel Castro.

Therefore, even that movement failed again USSR launched the Nuclear Missile in Cuba so as to threaded US interference on Cuba internal affairs.

How the Confrontation Ended

The confrontation ended on October 28, 1962 when President John F. Kennedy of USA and secret agreement with Khrushchev (Nikita) of USSR. Publicity they agreed that Soviet Union would dismantle their offensive weapons in Cuba and return them to Soviet Union, subject to UN verification in exchange for a USA public declaration and agreement to never invade Cuba.

THE CREATION OF THE STATE OF ISRAEL (1948) AND THE PALESTINIAN

The origin of the problem went back almost 2,000 years when most of the Jewish were driven out of Palestine, which was their homeland by Romans. In fact, small communities of Jews stayed in Palestine and over the following 1700 years, there was a gradual trickle of Jews returning from exile. The movement of Jewish to return to their land of Palestine is known as Zionism.  Therefore Zionism represents itself as a political movement concerned principally with the establishment of Jewish state in Palestine.

British Foreign Minister Arthur Balfour in 1917 promised to create a none for the Jew in “Balfour Declaration” Palestine became a British mandate to replace Ottoman Empire, which was suppressed during the First World War. Therefore, large numbers of Jewish began to arrive in Palestine and Arabs protests greatly the exodus of Jewish settlement.

IMPACTS OF DECLARATION OF NEW STATE OF ISRAEL (1948)

These wars were the manifestation of inherent conflict between the Arabs nations and the Jewish due to the question of land on Palestine. On the other land the Jewish were on the defence motive to restore their land which they grabbed from the Palestinians.

The united nation resolved the decision to divide Palestine and declared the independent state of Israel. There fare the Arab would denied the existence of Israel state on Arab land hence the act break of the wars.

The influx of Jewish settlers began during the rule of British on Palestine therefore before British withdraw all from Palestine, Jewish invaded Tiberias (April 19, 1948), Haifa (April Jaffa (April 28), The Arab quarters in Jerusalem (April 30), Beisan (May 3) Safad (May 10) and Acre (May 14)

IMPACT OF THE CAMP DAVID AGREEMENTS