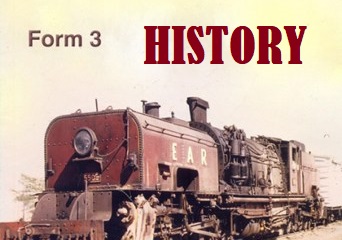 Social services were part of colonial government since it was used to ensure that colonial exploitation is archived efficiently and effectively. It included: –

The social services were given priority to –

Education refers to the transmission of knowledge, skills and wisdom in society from one generation to another.

Before the introduction of colonial education in Africa there was Traditional Education (Informal education).

Informal education was the type of education in which people acquired education by being taught through different practices. People were taught military techniques and medicine. Learning process was directly related to the pattern of work in the society.

AIMS OF EDUCATION IN ANY SOCIETY

Colonial education sometimes referred to Formal Education and largely differed from the education during pre-colonial period. However, colonial education was not basically to develop mind of Africa but rather to enable Africans acquire knowledge for effective production.

Enrollment of pupils was based segregation because colonial education had different purposes to different races. To Africans it was intended to produce literate, low paid workers and loyal subjects and to turn African mind against their culture and people. Colonial education provided very little skills while emphasizing on discipline and obedience.

The main aim of colonial education was to train few Africans who could be used to help the colonialist to supervise colonial production and occupying junior administrative posts like clerks, tax collection, typist and messengers.

It was pyramidal in shape.

Since it intended to produce few scholars, exams were used to filter out unwanted number such that the higher the level the fewer the students.

It was very discriminatory.

There were different schools for different races: Europeans, Asians and Africans. Also Boys were much more enrolled compared to girls. Sons of chiefs and government officials had more access than peasants and other common people. People from production areas had more access than those from labor reserve areas. There were schools for boys only and some few for girls only.

The education was a carbon copy of metropolitan states.

Mostly its system was derived from metropolitan, so this was an irrelevant type of education to Africans.

In some colonies like Tanganyika it was mostly left under missionaries

Africans were required to pay school fees in order to be enrolled into colonial schools.

Its methodology was theory with very few or no practical, intensive reading and creaming.

It was based in writing of examinations

In every two years in that way fewer learners succeeded.

Hospitals were mostly established on settlers and government official’s settlement to keep them healthy. In production areas they were established to ensure that labourers survive and continue to facilitate exploitation.

OBJECTIVES OF THE COLONIAL HELATH SERVICES

The provision of water and housing services under colonial government in African colonies was so strategic since the basic distribution pattern considered were:

Especially urban areas such as Dar es Salaam, Mwanza and Tnaga where colonial officials like Governors and soldiers who were employed by the European to perform their administrative functions lived.

In rural areas which was characterized with the establishment of plantations such as coffee production in Kilimanjaro, sisal plantation in Tanga and Morogoro, mining centers and areas with factories for example, cotton ginneries and sisal decortications in Shinyanga, water and housing services were provided so as to facilitate the efficiency in production.

These were important areas to be provided with water and housing services because missionaries played some big roles in facilitating colonial rule. For example, they encouraged African natives to produce cash crops.

Were also an important pattern where the colonial government provided water and housing to facilitate the availability of massive labour forces for the colonial economy production. For example, areas like Kigoma in Western Tanganyika and Shinyanga, although labourers wre given small houses with poor ventilation which led to overcrowding, few public water wells with little or without treatment.

MOTIVES FOR THE PROVISION OF WATER AND HOUSING SERVICES

IMPACTS OF PROVISION OF COLONIAL WATER AND HOUSING SERVICES