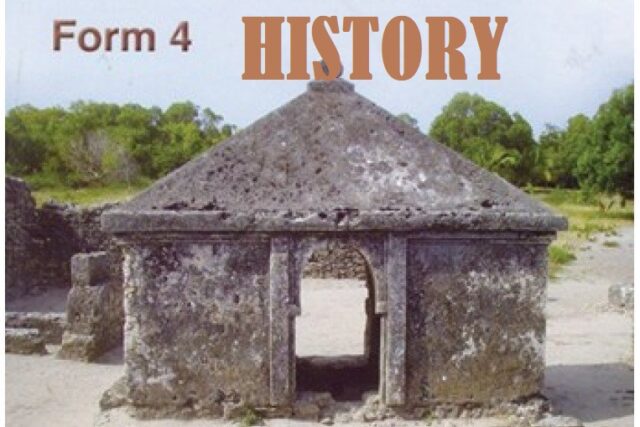 After independence most of African countries experienced some changes socially, politically, and economically due to different reasons.

Reasons for introduction of ideological, political and administrative changes

This was introduction of new political systems that could govern the newly independent countries.

There were so many political changes but the following were the main ones. These were;

This was introduction of one party system to replace the multiparty system inherited Independence.

In Tanganyika the decision to create single party system reached in TANU NEC of 1963 and 1965 the constitution was amended and Tanzania became officially single party countries.

Reasons for the Introduction of single party system

WEAKNESS OF THE SINGLE PARTY SYSTEM

QUESTION: By the early 1990’s single party system in Africa was replaced by multiparty system, why?

REASONS FOR THE FALL OF MONO-PARTY SYSTEM

Military government is a form of government where soldiers/military took over control of the government instead of elected civilians.

The process where by a group of Military/soldiers took over the control of the government is called “coup d’état”. Coup d’état is a French term which means “overthrow of the state”. A number of African countries came under Military rule within a few years after independence e.g. Egypt in 1952, Sudan in 1956, Nigeria 1966 and Uganda 1971.

WHAT WERE THE REASONS/FACTORS WHICH LED AFRICANS TO CHANGE THEIR SOCIAL, POLITICAL AND ECONOMIC POLICIES (PROBLEMS)

Since independence nationalistic leaders (heads of states) of post independent African countries such as late JK. Nyerere, Kwame Nkrumah, Nandi Azikiwe, Jomo Kenyatta etc tried their best to bring political unity but there were factors which hindered political unity in Africa to date as follows.

Therefore after independence African countries focused on solving social problems which African had, due to colonial legacy by setup new priorities and changes in their social, political and economic systems which suit Africans. There were the changes;

The economic development policies and strategies adopted in Africa after independence.

After independence many African countries were already tired of colonialism because of injustices experienced by Africans under colonial rule especially in the economic sector.

Factor that led to changes in economic development policies and strategies

THE AFRICAN CONTINENT HAS FACED A NUMBER OF PROBLEMS SINCE INDEPENDENCE

STRENGTHS OF THE ECONOMIC POLICIES AND STRATEGIES ADOPTED SINCE INDEPENDENCE

WEAKNESSES OF ECONOMIC STRATEGIES ADOPTED IN AFRICA SINCE INDEPENDENCE

CONTRIBUTIONS OF THE ECONOMIC STRATEGIES AND POLICIES ADOPTED SINCE INDEPENDENCE

Objectives of Education in Africa after Independence

Features of Education in Africa after independence

Objective of Health services after Independence in Africa

Features of Health Services After independence

Strengths of provision of health services in Africa after independence

Objectives of provision of water services after independence

Success of provision of water services after independence

Weakness in the provision of health services in after independence

Changes in provision of water services in Africa after independence

Availability of clean water in Africa can not ignored due to it’s importance. In order to improve health care in the world clean water is very important. Good sanitation cannot be available in the absence of clean and reliable water supply

The objectives of the provision of housing services after independence

The following are some of the objectives of provision of housing services in Africa after independence.

THE PATTERN OF HOUSING DISTRIBUTION AFTER INDEPENDENCE

The most of the patterns of housing distribution after independence were;

Challenges facing the provision of housing services after independence

There are some challenges facing the provision of housing services after independence such as;

Governments have a responsibility to safeguard the national security of their people. During the past this task was done by the colonial powers, through the use of their local forces, where there was need to maintain either internal security or to safeguard their possessions from external security threats. After independence, African governments established their own armed forces and police for the purposes of ensuring security.

Functions of the national armed forces

The following are some of the function of the national armed forces in African independence. Such as

Strengths of military forces after independence

The military forces have assisted in the preservation of internal security for example this was witnessed during the attempted coup d’etat in Kenya in 1982.

Military forces have taken part in peace keeping missions such as the United Nations peace keeping operations in different parts of the world. Such as Rwanda, Sierra leone,Lebanon.

The naval forces played a role in detecting and fighting off criminals who use water masses to commit crimes. For example these includes the Somalia pirates done along the India oceans.

These are institutions that ensure the administration of justice through the courts of law. These institutions ensure that law and order is preserved without denying anyone his or her rights in the society.

Objectives of the national legal institutions

Some of the objectives of the national legal institutions are

Functions of the national legal institutions