Meaning of a Budget

Define a budget
:
A budget is a set of interlinked plans that quantitatively describe an entity’s projected future operations. A budget is used as a yardstick against which to measure actual operating results, for the allocation of funding, and as a plan for future operations.
The budgeting process typically begins with a strategy planning session by senior management. The management team then applies the agreed strategic
direction to a series of plans that roll up into a master budget. The
plans include a sales budget, production budget, direct materials
budget, direct labor budget, manufacturing overhead budget, sales and
administrative budget, and fixed assets budget. All of these plans roll
up into the master budget, which contains a budgeted income statement,
balance sheet, and cash forecast. There may also be a financing budget
in which is itemized the debt and equity structure needed to ensure that
the cash requirements of the budget can be met.
A
budget is subject to a number of problems, such as the “use it or lose
it” mentality, whereby managers spend all funds allocated to their
departments on the grounds that those expenditures form the basis for
their budgets in the following year; not spending all allocated funds will therefore mean that the budget will likely be reduced in the following year
Steps in the Preparation of the Budget
State steps in the preparation of the budget
The main steps to prepare the master budget:
The Purpose of Central Government Budgeting
Explain the purpose of central government budgeting
1. Reallocation of Resources:
Through
the budgetary policy, Government aims to reallocate resources in
accordance with the economic (profit maximization) and social (public
welfare) priorities of the country. Government can influence allocation
of resources through:
(i) Tax concessions or subsidies:
To
encourage investment, government can give tax concession, subsidies
etc. to the producers. For example, Government discourages the
production of harmful consumption goods (like liquor, cigarettes etc.)
through heavy taxes and encourages the use of ‘Khaki products’ by
providing subsidies.
(ii) Directly producing goods and services:
If private sector does not take interest, government can directly undertake the production.
2. Reducing inequalities in income and wealth:
Economic
inequality is an inherent part of every economic system. Government
aims to reduce such inequalities of income and wealth, through its
budgetary policy. Government aims to influence distribution of income by
imposing taxes on the rich and spending more on the welfare of the
poor. It will reduce income of the rich and raise standard of living of
the poor, thus reducing inequalities in the distribution of income.
3. Economic Stability:
Government
budget is used to prevent business fluctuations of inflation or
deflation to achieve the objective of economic stability. The government
aims to control the different phases of business fluctuations through
its budgetary policy. Policies of surplus budget during inflation and
deficit budget during deflation helps to maintain stability of prices in
the economy.
4. Management of Public Enterprises:
There
are large numbers of public sector industries (especially natural
monopolies), which are established and managed for social welfare of the
public. Budget is prepared with the objective of making various
provisions for managing such enterprises and providing those financial
help.
5. Economic Growth:
The
growth rate of a country depends on rate of saving and investment. For
this purpose, budgetary policy aims to mobilize sufficient resources for
investment in the public sector. Therefore, the government makes
various provisions in the budget to raise overall rate of savings and
investments in the economy.
6. Reducing regional disparities:
The
government budget aims to reduce regional disparities through its
taxation and expenditure policy for encouraging setting up of production
units in economically backward regions.
Modern Approaches of Budgeting 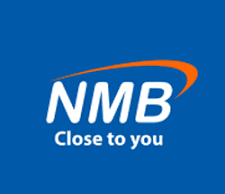 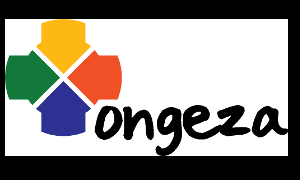