Language has a number of significances to play in a society.

Language as a unifying factor

As a factor for national identity

There are many elements that make a particular society distinct from others; like their types of food, dressing etc. but language gives an identity that is more specific and obvious.

So language remains as one permanent mark of an identity.

As a factor for social development

Social development depends largely on language. It enables people to interact and work together towards the intended goal. Through it, the leaders are also able to give directives in the efforts like building the schools, hospitals, roads etc for development

A s a factor for social stratification

The class to which a member of society belongs is determined by the way they use language among other things.

People of different classes use language differently in terms of their choice of vocabulary, pronunciation, intonation and other aspects of language.

Language can distinguish different classes like educated and non-educated, villagers and urban dwellers, the rich and the poor etc.

As a reflection of culture

Language reflects different customs, traditions and beliefs. It shows how people of given community define the world surrounding them. For example the word ugali is found in Kiswahili but it lacks its equivalent in English because the native speakers of English do not eat ugali as their food. So ugali is not part of their culture.

As the medium of communication

Language facilitates the transfer of information from one place to another. Radios, Televisions and newspaper use language to give information.

THE PROCESS OF COMMUNICATION

Simply refers to the process of transferring and interpreting message from a sender to a receiver. The process of human communication involves:-

The message: this is what is to be communicated. It may be ideas, feelings signs etc

The sender (encoder): this is a person who delivers the idea and then encodes it. (put it into symbols that are understood by the hearer).

The signals: the symbols (written or spoken) that have communicative value.

The channel: is the medium through which the message is passed. It may be through face to face, telephone etc.

The receiver (decoder): the one who receives the message. She/he decodes (turns the symbols spoken or written into meaning)

The feedback: is the response from the receiver, in action or words that show that the message has reached the receiver. It may be actions like coming, turning, signs like gesture and facial expression.

THE STATUS OF ENGLISH IN THE WORLD AND IN TANZANIA 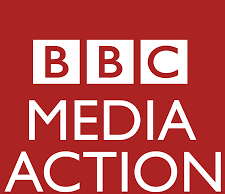 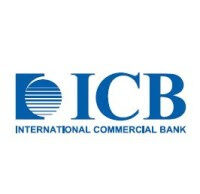