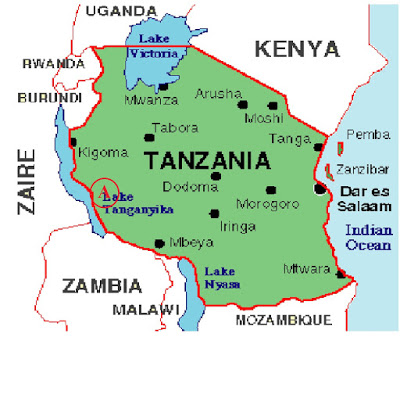 As it has been introduced in the chapter one; the numerical data after to have been collected, summarized and analyzed; are presented to provide pictorial view (visual idea).

One of the useful ways for representing the numerical facts is by maps. The method of maps is established with an emphasize of showing distribution values of phenomena of places over the earth’s surface.

Moreover; the places whose values to be shown on maps should lie adjacently to one another in such a way they can all appear on a similar map.

It is thus; statistical maps are the ones designed to show the values on spatial distribution of geographical events (phenomena).

The maps designed to show spatial distribution of certain geographical events in quantitative manner and in turn allow quantitative analysis.

The main useful statistical maps which allow quantitative analysis include the following.

These are the statistical maps which use the system of varied shade textures to illustrate the density spatial distribution values of a certain phenomena for the places. The maps mostly designed to show population density of places. On the map, places with similar shade texture have almost the same distribution density.

Construction of the choropleth map

(ii) Obtain the data and summarize into the table. The tabled data should show clearly the names of administrative areas, area size and amount of distribution.

(iii) Determine the density values of distribution for areas

Use the following data to prepare the choropleth map:-

Calculation of the population densities for the regions.

With regards to the groups, the choropleth map appears as follows:

Advantages of the choropleth map

The data can be analyzed quantitatively from the map

It provides visual idea (impression) to people on varied densities of distribution.

The disadvantages of choropleth map

The shades indicated on the map remove the political boundaries

It is tedious enough in construction as it involves many values. i.e. preparation consumes much time.

If no topographical map provided the map may give wrong picture about the distribution of the phenomena.

Problem may occur in deciding the varied shade textures to be used on the map.

It is not possible to obtain absolute values or exact densities from the map because the shades represent categories of densities.

It is not possible to insert additional details on the map.

Dot map is a considerable form of statistical map which involves the use of fixed size dots to show the spatial distribution of a certain geographical phenomena like people, cattle etc.

A map which shows the spatial distribution numerical quantities using dots. A dot is a simplest symbol used in representing quantities on maps. A dot represents fixed amount similarly to others.

Construction of a dot map

(a) Take into consideration  the base map given. The base map should have the clear boundaries of the administrative areas.

(b) Obtain the data and summarize into a table. The tabled data should show the names of administrative areas and their amount of distribution for the phenomena.

(c) Make decision on dot value. In this, it is important for the dot value should not be too small or too large. With too large dot value, there is a possibility for the regions with small amount of distribution to lack dots and thus; may impress that, the areas less occupied. If too small dot value chosen, may cause a problem of dots overlapping. It is thus; the dot value should be reasonable.

(d) Determine the number of dots  to be allocated in the administrative areas on the map. It is by diving the amount of distribution to dot value.

(e)  Insert the dots on the map accordingly. It is important for all dots to have the same size and evenly distributed.

According to the given data; 1 dot represents 100,000 people

The data can be analyzed quantitatively from the map.

It is easy to get the amount of distribution of each area by considering the number of dots present and the dot value.

Preparation of the map is fairly easy

They are the most widely used statistical maps for showing distribution.

If no topographical map provided, the map may give wrong picture about the distribution of the phenomena

With larger or smaller dot values, problem may occur in representing distribution on the map.

Fractional values may not be represented on the map

Drawing many dots of uniform size is difficult. Special pens may be needed for this purpose.

These are the maps which illustrate the volume of goods or number of vehicles, people, cattle e.t.c. moving between points or areas along established routes of like roads, railways, canals, or air and sea routes.

A statistical map designed to show the movement of the geographical phenomena from one place to another through an established route way of like road, railway, water way, airway and others.

It has to be noted that; the direction of the movement and the distance involved have no significance as far as quantities are concern.

Construction of the flow line map

(b)   Asses the data given. The data should have names and amount of movement between the check points (stations) along the route way.

(d)   With respect to the decided scale, draw the flow lines along the routes on the map.

Use the data and map given, to show the amount of movement of the passengers between the check points along the route ways.

The flow lien map for the data given appears as follows.

Advantages of the flow line map

Disadvantages of the flow line map

It is form of statistical map which uses the system of lines to show amount of distribution of phenomena. The lines on the map are drawn to connect points of equal values and the lines are called isolines.

The isolines established on the isopleths map have special terms for specialized purposes.

Construction of the Isopleths maps

1. Obtain the outline base map and the appropriate data and mark in the points and their values in pencil on the map.

2. Decide the interval to be used

3. Select the critical values. These are the ones which correspond (match) with the chosen interval.

4. Join the critical values with smooth lines according the chosen interval.

1. It provides good visual impression if it is well presented
2. It is useful for showing distribution of phenomenon particularly climate.
3 The map preparation is fairly easy.
4. It  can be analysed  qualitatively

1 .It is time consuming in preparation especially drawing
2. It is difficulty to quantify the data presented
3.It needs high skills to interpret data presented