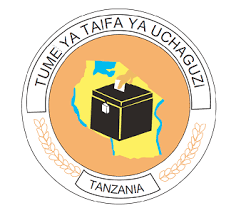 The Background on the National Electoral Commission of Tanzania

In 1991 the then President of the United Republic of Tanzania,

His Excellency Ali Hassan Mwinyi appointed a commission under the Chairmanship of the late Chief Justice of Tanzania, the Honourable Francis L. Nyalali.

The task of that Commission was to collect public opinion as to whether or not to continue with the one – party system.

Following the recommendations by the Nyalali Commission, Article 3 of the Constitution of the United Republic of Tanzania, 1977 was amended to make Tanzania a multi – party state.

related legislations were also substantially amended to get rid of the one – party system and to put in place appropriate procedures for the conduct of Elections under the multi – party system.

In 1993 the National Electoral Commission was established under Article 74 (1) of the Constitution of the United Republic of Tanzania, 1977.

Members of the Commission were appointed for the first time, with effect from 14th January, 1993.

ESTABLISHMENT OF THE NATIONAL ELECTORAL COMMISSION

The National Electoral Commission (NEC) is an autonomous government institution.

It was established in 1993 under Article 74(1) of the Constitution of the United Republic of Tanzania, 1977.

The National Electoral Commission shall consist of the following members:-

i. A Chairman who shall be a Judge of the High Court or the Court of Appeal of Tanzania or a lawyer who qualifies to be an advocate and he/she has been with such qualifications for not less than 15 years.

ii. A Vice Chairman who shall be a Judge of the High Court or the Court of Appeal of Tanzania or a lawyer who qualifies to be an advocate and he has been with such qualification for not less than 15 years.

iii. A member appointed from amongst the members of the Tanganyika Law Society

According to Article 74(7) of the Constitution of the United Republic of Tanzania and Section 4(4) of the Elections Act, (No. 1 of 1985), the Director of Elections is the Secretary to the Commission and Chief Executive.

To coordinate and supervise General and By-Elections through voters Registration, Constituencies demarcation and Voters Education in collaboration with key stakeholders to safeguard democracy.

DUTIES AND RESPONSIBILITIES
i. To execute installation, repair and maintenance of electronics office equipment, telephone communication networks and computer software;

iii. To prepare reports for all electronics works;

vi. To carry out regular inspection for preventive maintenance of electronics installations systems, electronic appliances and machinery; and

vii. To carry out other duties assigned by immediate Supervisor.

QUALIFICATION AND EXPERIENCE
Diploma in Computer from recognized Institutions

The deadline for submitting the application is 24 September 2021.