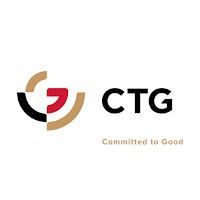 CTG overview:CTG staff and support humanitarian projects in fragile and conflict-affected countries around the world, providing a rapid and cost-effective service for development and humanitarian missions. With past performance in 17 countries – from the Middle East, Africa, Europe, and Asia, we have placed more than 20,000 staff all over the world since operations began in 2006.

CTG recruits, deploys and manages the right people with the right skills to implement humanitarian and development projects, from cleaners to obstetricians, and mechanics to infection specialists, we’re skilled in emergency response to crises such as the Ebola outbreak in West Africa. Key to successful project delivery is the ability to mobilise at speed; CTG can source and deploy anyone, anywhere, in less than 2 weeks and have done so in 48 hours on a number of occasions.

Through our efficient and agile HR, logistical and operational services, CTG saves multilateral organisations time and money. We handle all our clients’ HR related issues, so they are free to focus on their core services.

Visit www.ctg.org to find out more

The African Continental Free Trade Area (AfCFTA) Secretariat is the sole organization in the continent, legally established & mandated to handle the rules of trade between African countries. At the core is the implementation of the agreement establishing the AfCFTA (thereafter “AfCFTA agreement”), negotiated, signed & ratified by the state parties. The goal is to ensure that trade is conducted smoothly, predictably & as freely as possible across the continent. The AfCFTA Secretariat, which is headquartered in Accra – Ghana at the Africa Trade House, was established in February 2020 following the election of its 1st Secretary General.

The AfCFTA agreement was signed at an extraordinary session of the assembly of the African Union (AU) in Kigali, Rwanda on 21 March 2018. The agreement sets out a continental system of trade rules, acts as a platform for negotiating trade protocols, facilitates the settlement of disputes between state parties & monitors the implementation of the AfCFTA agreement. Furthermore, the AfCFTA agreement is a framework agreement, with comprehensive coverage of trade in goods, trade in services, investment, competition policy, intellectual property rights, women, youth in trade & digital trade as well as rules & procedures for the settlement of disputes.

The Regional Economic Comunities (RECs) have a very important role to play in the advancement of the Africa’s integration agenda & in particular the AfCFTA. The agreement recognizes the RECs as building blocks for the AfCFTA, which is expected to build on the progress that had been achieved by the RECs. The AfCFTA Secretariat is therefore expected to work with the RECs in the implementation of the AfCFTA. The 33rd ordinary session of the assembly of heads of state of the AU held in February 2020 requested the AfCFTA Secretariat, AU commission & the RECs to develop a framework of collaboration before the start of trading under the AfCFTA & submit a substantive progress report on the matter.

In January 2017, the ordinary session of the AU also directed that there should be effective collaboration & a clear division of labour between the AU, RECs / Regional Mechanisms (RMs) & the member states, in line with the principle of subsidiarity.

Therefore, the need to establish a clear & effective division of labour is necessitated by the need for AfCFTA Secretariat & other allied institutions, in particular the RECs, to work together in every area of integration based on their respective competences so as to remove overlaps & duplication. This ensures the delineation of responsibilities within each area or sector of integration based on subsidiarity.

Map out the potential areas of convergence, divergence in the Eastern Africa & Indian Ocean Islands liberalization agenda & the implementation of the AfCFTA.

Establish effective mechanisms for mobilization of resources for the effective implementation of the AfCFTA / Eastern Africa & Indian Ocean Islands collaboration.

Develop mechanisms for enhancing the blue economies in the context of the AfCFTA.

This assignment will be carried out under the supervision of the RECs Advisors’ Coordinator in the Office of the Secretary-General.

Interested consultants must provide information indicating that they are qualified to provide the services.

The eligibility criteria, establishment of a shortlist & selection procedure shall be in conformity with our clients procurement rules & procedures.

10 years of experience in the area of trade policies, trade negotiations & implementation at national, regional or multilateral level.

Good understanding of the internal procedures of the AfCFTA Secretariat as well as regional integration, trade & economic growth.

Experience working on AU, RECs & other multilateral institutions on the continent.

Proficiency in one of the AfCFTA working languages (French, English, Portuguese, Arabic).

Fluency in another AfCFTA working language(s) is an added advantage.

Treats all people fairly without favouritism.

This role has no team management responsibility

The consultant will be based in Arusha, Tanzania, with travels to the AfCFTA Secretariat in Accra & to other member states.

The duration of the assignment will be 240 days.

Qualified female candidates are encouraged to apply for this role.

At no stage of the recruitment process will CTG charge candidates a fee, this includes during the application stage, interview, processing, assessment & training.