HOW TO ANSWER QUESTIONS ON COMPREHENSION

When answering a question of this kind, a candidate has to adhere to the following key points.

Must read the questions first before reading the given passage.

When reading the questions make sure that you note the main idea (s) of the set questions so that when turning up to the passage you should capture the relevant answers easily.

Then read the passage carefully. You can also use skimming while reading.

Strictly produce your answers from the passage itself; never use your experience to give answers which are out of the passage even. This may happen in the event when the candidates are asked to suggest measures to be taken to avoid the spread of HIV/AIDS. To this such a candidate has to give only those measures suggested under the passage.

If the questions demand short explanation. The candidates has to write it in a way that it is brief by taking attention to only those points under the passage that real answer the questions. Never reproduce the whole paragraph for a question that calls a candidate to list/mention.

If there is a question that demands the candidates to suggest the suitable title for the given passage, the candidate has also to adhere the scholarly way of writing the titles. This is the title has to be very short not more than five words, it also has to be written in capital letters followed by underlined.

HOW TO SUMMARIZE THE PASSAGE

To cement more competence in this arena. Kindly learn the following examples

IMPORTANT THINGS TO CONSIDER WHEN WRITING A SUMMARY

Mpina secondary school had a traditional of holding a public talk in the school hall. On the eve of the closing day when the students had settled down, the teachers arrived and took their seats on the stage.

But one person Omary stood out among the people on the stage, the students were surprised to see Omary seated next to the school captain and soon there were murmurs all over the hall. Some students started saying that may be Omary had been made the deputy school captain but others opposed such possibility.

Their debate was however cut short by the duty master who stood up and introduces the speaker of the day who turned to the counselor Mrs. Madenge. Mrs. Madenge stood and began “today, I am going to talk to you about emotion that we all experience but many times we keep hidden in our hearts.

That is why I have asked Omary to sit in front with us today because he is the one have confronted this emotion and come out quite successfully. You have all witness of the change has place in him.

On the eve of closing day at Mpina Secondary school, Omary seated next to the school captain. Everyone was very much surprised by that. The commotion from students arose for sometimes until the appointed speaker Mrs. Madenge stood up to speak. She explained on the topic she wanted to talk was about emotion. Finally she concludes saying the reason as to why Omary has seated in front as he has now changed as we can all witness.

At 8 : 30 this morning a body a man was found. Someone had murdered him. A small knife was found near the body. The murdered had probably used that knife. The police doctor said the man had died about eight hours before. The murder had probably happened between midnight and one o’clock.

The police questioned three men but didn’t tell them about the murder. The first man said he had been at home for the whole evening. He had watched the television and gone to bed early. The second man told the police that he spent the evening with some friends. They had been to the cinema together. He got home at about eleven o’clock. The third man said he didn’t know anything about the murder. He said to the police, ‘I don’t know Mr. Kadenge. I have never owned a knife, I was asleep at midnight. I didn’t murder Kadennge’. The policeman arrested him and he was charged for the murder of Mr. Kadenge.

A certain man was found dead at 8: 30 this morning with a small knife near him. Apost – mortem confirmed that he died around midnight. After questioning three suspects, the police arrested the third as he denied knowing, murdering Mr. Kadenge or ever owning a knife.

The importance o traditional medicine is acknowledged even today in many parts of the world. Over 80% of the general global population (especially in the developing word) depends on traditional medicines for their health needs. Even in U. S. A, one third of the adult population use some form of alternative medicine such as herbal supplements and other therapies. And in East Africa, traditional plants and herbs like neem (Mwarubaini), aloevera and stinging nettle are becoming very popular as popular as supplements or therapies for a variety of ailments. Although the potential of traditional medicine is widely acknowledged in Africa, enough has not yet been done to utilize plants with proven health usefulness. More should be done in that field. It is possible for example to more widely grow medicinal plants that can be used for local or industrial production of medicine and herbal supplements.

Read and summarize the following passage in five (5) sentences.

Substances which allow electricity to flow through them are called conductors. Those which do not allow electricity to flow are called insulators. Examples of conductors are metals, salts and inorganic acid solutions. Insulators include air, plastic materials, rubber, wood, paper, ebonite, pure water and organic acid solutions. Silver is the best of the metallic conductors, copper is the next best. Pure copper inside flex and plastic materials is widely used for connecting wire for domestic and commercial supplies. When impurities, however small are mixed with pure copper an alloy is produced of much lower conductivity or, to put it the other way, of much higher electrical resistance. Nichrome and manganin are two copper alloys used in circuits are resistance wire. The insulating properties of materials can break down under certain condition and they become conductors. For example, air at normal pressure is usually an insulator but flashes of lightning show their conducting path during electrical storms.

There are two categories of substances as far as scientific electricit concepts are concerned. These are known as conductors and insulators. The difference between the two are very clear where by the former allows electricity to flow through them while the latter does not. Metals, salts and inorganic acid solutions are good examples of conductors while the examples of insulators include silver and copper. However, it is possible for insulating properties to become insulat 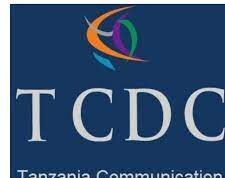 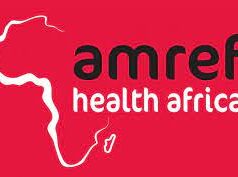