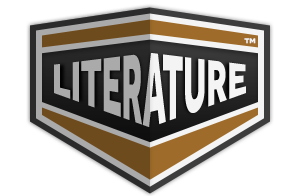 Since literature does not develop from a vacuum, but from the society in which it emanates, it has got different roles to play in the society.

The following are some of the most important functions of literature in the society.

1. Literature educates people in the society

Literary works are used to impart knowledge to the members of the society.

It creates awareness on different social political and economic matters taking place in their societies.

It educates the young people on how they are expected to behave in accordance with the demands of their societies and the roles they are required to fulfil.

Since literature develops from the society, it automatically expresses the culture of its people.

All cultural aspects like traditions, beliefs, customs, norms etc are expressed so that the society may cherish the good ones and carry them over to the next generations, and modify or discard the outdated ones.

3. Literature is used to entertain people

Most literary works appeal to the emotions.

By reading, listening and watching literary works, we get entertained.

Poems and dramas create an enjoyment to the audience different from one we get when we are eating food.

4. Literature is used to influence people in the society

More often than not people who are interested in watching, listening and reading literary works are tempted to act like those characters in the respective literary work.

During the struggle for independence for example literary works were used to instil revolutionary ideas to the oppressed to take up arms against the oppressor.

Consider the poem “Your Pain” by Armando Guebuza.

5. Literature is used to develop language

By reading, listening and watching literary works, people improve their language skills such as listening, speaking, reading and writing.

People may also improve their vocabulary stock since they will not only come across a number of new words but also know how they are used in real contexts.

Authors do also come with new words, phrases, idioms, figures of speech, that help to develop the language.

6. Literature is used to liberate people mentally and physically

Literary works present the message that helps to liberate the society mentally as a result they liberate themselves physically.

It conscitizes the society about the existence of oppressive systems and suggest ways to get rid of those systems. E.g. United we stand, divided we fall.

7. Literature is used to criticize the society

Literature may be used to criticise the society in a sense that it points out the burning issues and requests the society to resolve them.

and ask the society to discard them. They may also point the wrongs done by the ruling class and suggest the ways to get rid of these leaders.