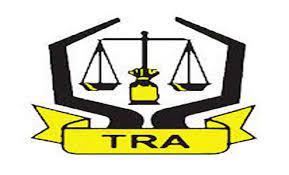 TRA core values are a handful of moral boundaries within which TRA operates.

They define TRA’s personality and are ethical standards by which TRA would be measured.

The values are a commitment to the stakeholders and are incorporated into all actions taken by the organization.

a) Professionalism: We are committed to applying the law consistently,

responsibly and with credibility using the skills and knowledge as a

prerequisite in administering our requirements.

b) Accountability: We create and sustain an organization that values and

c) Integrity: We believe in being fair and honest in all our dealings with

taxpayers and other stakeholders

“To increase Domestic Revenue through Enhancement of Voluntary Tax Compliance”

We make it easy to pay Tax and make lives better

The Tanzania Revenue Authority (TRA) is Government Agency established by the TRA Act Chapter 399 and became operational on 1st July, 1996.

Over the years of its existence the Authority has been conducting its business guided by five-years Corporate Plans.

The plan has aided the Authority to have a common strategic direction in the course of discharging its mandate.

This approach of managing corporate affairs has enabled the Authority to achieve remarkable performance in the mobilization of the Government revenue.

The Fourth five-years Corporate Plan (CP4) was implemented for a period of four years in order to be in sync with the UN Sustainable Development Goals adopted in September 2015; National Vision 2015; the second National Five Years Development Plan – FYDP II (2016/17-2020/21); and the zeal of 5th Phase Government which was launched in June 2016 calls for the need to undertake interventions aimed at the enhancing domestic resource mobilization.

The emphasis on revenue from these documents had made it necessary to take them onboard in formulating a new TRA’s strategic plan.

Additionally, the IMF’s TADAT Assessment conducted in February 2016 brought up a number of pertinent issues that needed to be addressed by the TRA at the strategic level.

Consequently, all these factors necessitated early development of Fifth Corporate Plan (CP5) for another period of five years commencing July 2017.