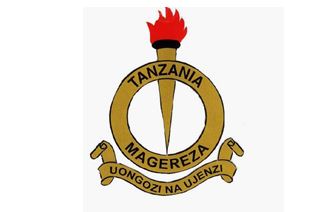 After the independence of mainland Tanzania, the Prisons Service continued to be led by the British Commissioner of Prisons, Mr. Patric. Manley until 1962 when the Army began to be led by patriots.

The primary function of the Prisons Service is to receive and detain all persons detained in accordance with the laws of the land and to run various programs aimed at rehabilitating convicted prisoners so that they can eventually be released from prison as good citizens.

In carrying out these duties the Armed Forces is responsible for complying with and respecting all laws of the country as well as various international human rights law.

The purpose of this Customer Service Agreement document is to educate all customers who have a relationship with this tool on the following: –

(i) Services provided by this body in accordance with the rules and regulations.

(ii) Duty of this tool to customers of all types.

(iii) Responsibilities of all types of customers in their relationship with this entity.

(iv) How to lodge a complaint when a customer feels that he or she has not been treated fairly by this body.

Customers targeted by this Document

The clients targeted by this document are: –

• Prisoners of all kinds entering prisons

• People who provide various services to prisoners, such as NGOs, religious denominations n.k.

• Representatives / ambassadors of various countries in the country when they have national prisoners in their prisons.

(i) Prisoners and Inmates

• When a prisoner / detainee is first admitted to prison he or she has the right to be read the procedures and prison rules that will guide him or her while in prison.

• He has the right to report his problems to the prison administration.

• The right to food in accordance with the wishes of his denomination.

• The right to be visited by his or her attorney at any time and at any time.

• The right to be visited by relatives whenever they are ill.

• The right to be visited by the Police, but the prisoner agrees to meet with him and for special purposes.

• A prisoner / detainee who is a citizen of another country when he or she is received in prison has the right to be informed of his or her presence in prison by his or her country representative / ambassador in the country.

• Prisoners have the right to be visited by no more than two persons at least once a month for 15 minutes or more with the permission of the Head of Prison and at the following times: –

– When he enters prison for the first time

– Before being transferred to another prison

– When you are seriously ill

– At any time with the approval of the Head of the Prison as he shall deem fit.

• The right to be visited by religious leaders for worship according to its sect.

• The right to write or receive letters at different times of the month and at the following times: –

– When he enters prison for the first time

– When he enters prison from exile

– At the time of death or illness of a relative or neighbor.

– When he suffers from family emergency problems n.k.

– When he wants to make work plans or support after completing the button.

QUALIFICATIONS TO JOIN THE PRISON ARMY

1. Be a Tanzanian (Mainland Tanzania)

4. He has not been convicted of any criminal offense

6. Have a Form Four education and onwards

Other educational qualifications are based on the requirements of the relevant job advertisement at the time.

Following the Government’s strategy to enhance its performance, it has provided employment opportunities to Ministries and various Government institutions in various positions according to its requirements..