Kilimanjaro Region is one of Tanzania’s 31 administrative regions witha postcode number 25000.The regional capital is the municipality of Moshi.

For 2002-2012, the region’s 1.8 percent average annual population growth rate was the 24th highest in the country. It was also the eighth most densely populated region with 124 people per square kilometer.

The region is administratively divided into six districts. Each district has one local government council except Moshi District which has two, one of which serves as the capital of the region. 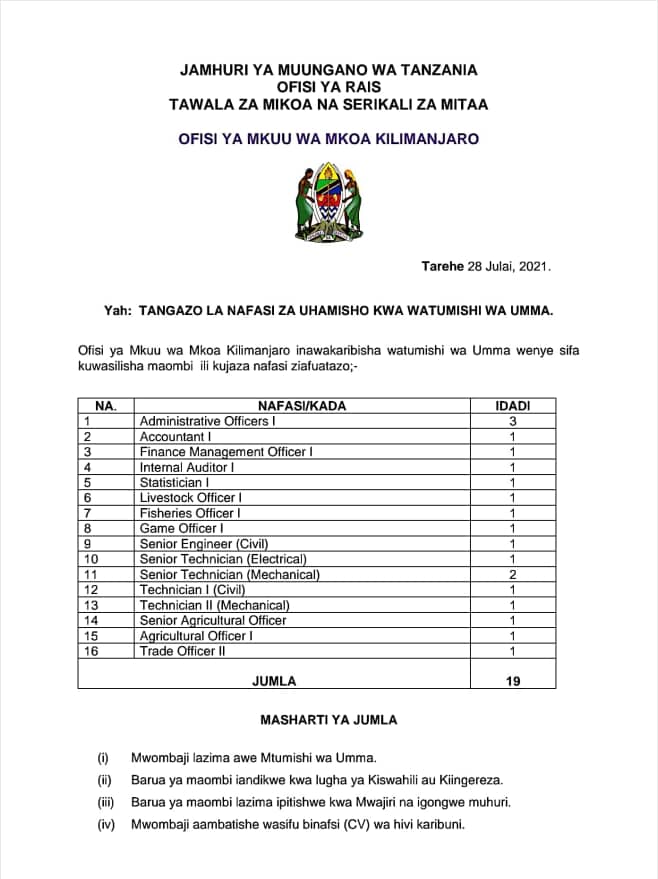